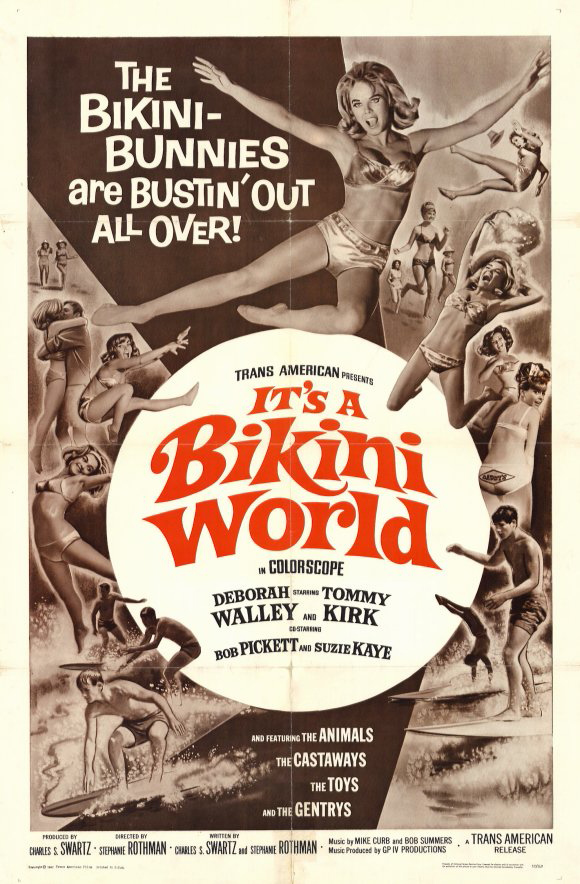 Tommy Kirk plays Mike Samson and Deborah Walley plays Delilah Dawes… get it? Delilah is the new girl on the beach and can’t understand why everyone loves arrogant, chauvinistic Mike so much. When Mike strikes out with Delilah he vows to get even with her and disguises himself as his own fictitious brother, Herbert, who is the polar opposite of himself. Delilah falls for nerdy Herbert right away. However, she becomes obsessed with making Mike look bad and challenges him to a skateboard race (which she loses), a boat race (which she loses), and a tedious cross-country race (which she sort of wins). This was one of the last true beach movies and, up until the last race, is enjoyable.