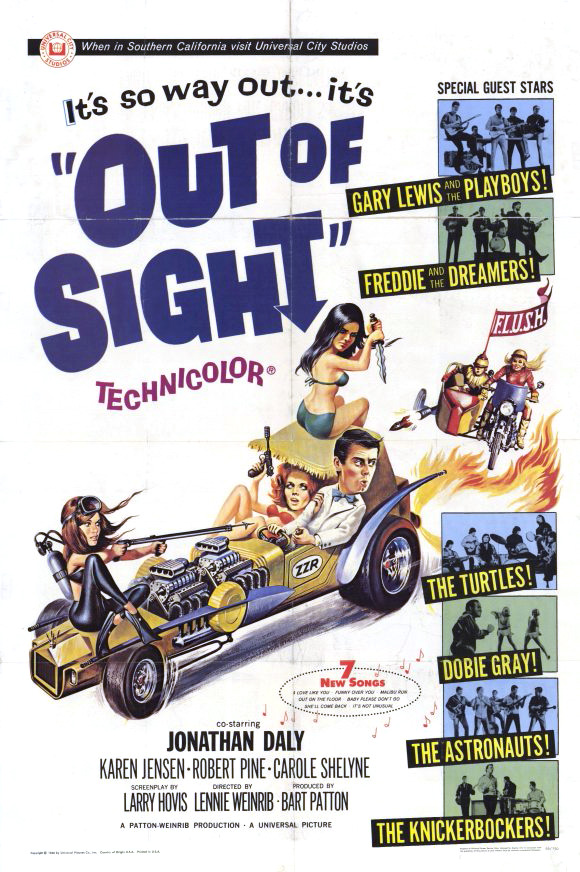 A beach bunny named Sandra (Karen Jensen) doesn’t trust Big D (John Lawrence), a secret bad guy who is throwing a fair for the kids at the beach. When Sandra overhears Big D plotting against the kids she goes to enlist the help of special agent, John Stamp. When she arrives at Stamp’s house, she mistakes his butler, Homer (Jonathan Daly), for Stamp. Since the real John Stamp is in the hospital, Homer, who longs to be a special agent, pretends to be Stamp and agrees to investigate Big D. Homer commandeers Stamp’s hot rod, which is one of the coolest cars you’ll ever see.

Big D and his henchman become aware of Homer and send several sexy female spies to seduce and kill him. Through shear dumb luck the dopey butler is able to outwit them all. Meanwhile, as an excuse for various musical acts to get some screen time, the beach kids audition bands for the fair. When the fair finally arrives the movie becomes mostly musical acts with Homer running around trying to stop Big D between sets.

More silly fun from Lennie Weinrib, the director of “Beach Ball” and “Wild, Wild Winter”. Weinrib was the only director not working for AIP that even came close to emulating AIP’s style of beach-movie-making.