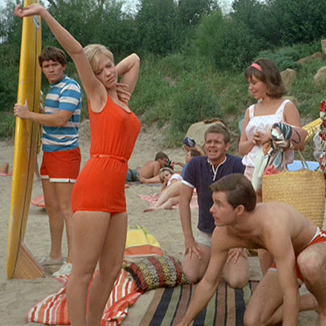 The Lawrences take in a pretty but shy Swedish foreign exchange student named Inge. When Gidget breaks Inge out of her shell she goes boy-crazy and sets her sights on Gidget’s boyfriend, Mark.