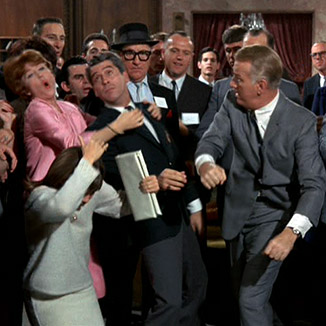 A surprisingly funny episode of “Gidget” in which Gidget gets a letter from Moondoggie telling her that his parents will be in L.A. for a brief time and she can meet them if she so chooses. Gidget arranges to meet her prospective in-laws at their hotel and through a series of mishaps and mistaken identity makes a terrific first impression with Moondoggie’s mother, but a terrible first impression with his father.