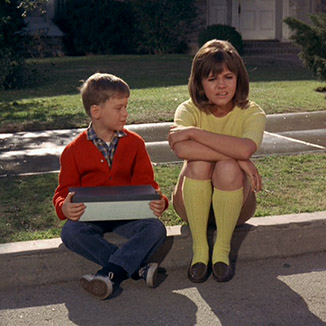 In the final episode of “Gidget”, Davey, Gidget’s young neighbor, is upset when his pet alligator, Charlie, dies. For some contrived reason, Gidget puts Charlie in a casserole dish in her freezer. When the casserole dish disappears, Gidget fears her sister may have taken it to eat for dinner. The gang then begins a search for another dead alligator to replace Charlie with. Gidget would return with a couple of TV movies in the seventies and another series, “The New Gidget” in the eighties.