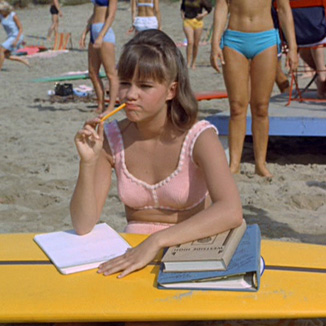 Gidget’s English teacher, who happens to be an ex-pupil of Professor Lawrence, keeps reminding her that she isn’t living up to the high standards set by her father. In order to make the teacher look foolish, Gidget “borrows” one of her father’s old English compositions, puts her name on it, and hands it in as her own.