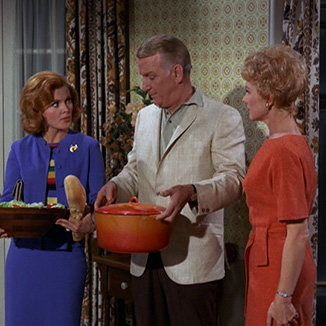 Gidget worries that she and her father have become too dependent on one another, and that it’s affecting their relationship with other people. When she decides to make herself scarce around the house, everyone sees how lonely Professor Lawrence is and try to cheer him up. Of course things backfire though when Russ has to spend a romantic dinner for two with two of his girlfriends.