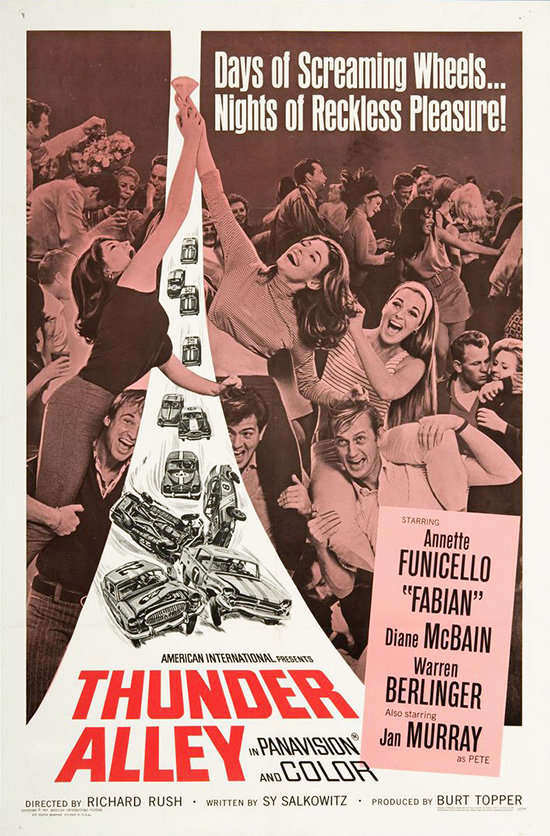 Fabian plays a stock car driver who, due to a childhood trauma, blacks out when he races! Instead of finding a new profession, he ignores the black-outs and ends up killing another driver during the Daytona 500. Down and out Fabian goes to work for an automotive “Thrill Circus” run by Jan Murray, who sees Fabian’s accident at Daytona as a lucrative exploitation opportunity. Fabian falls for Murray’s daughter played by Annette Funicello, teaches Warren Berlinger how to race and overcomes his racing psychosis in time for the Southern 500. All the dull melodrama is broken up by a crazy party scene that looks like it belongs in a different movie.