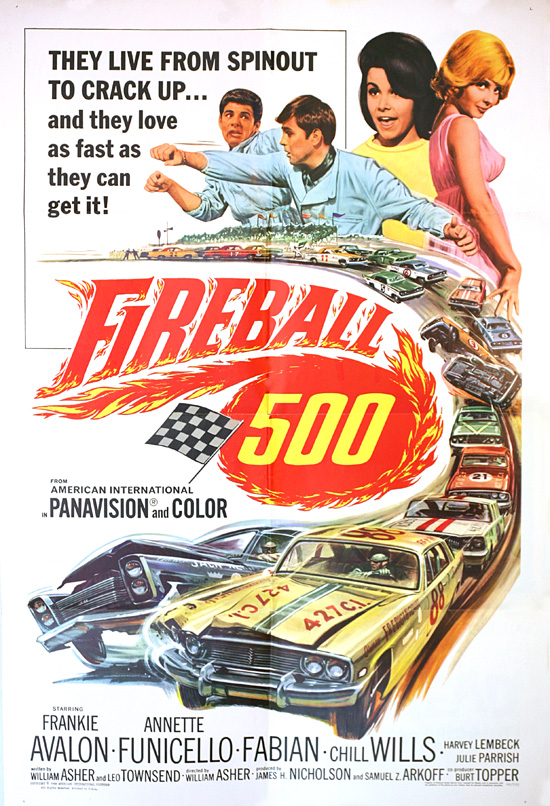 Frankie Avalon is a Daytona-bound stock car driver who gets tangled up with bootleggers, revenuers, and a mysterious pair of headlights forcing moonshine-runners off the road. Frankie suspects his racing rival, Fabian, but that would be too obvious. Despite receiving second billing, Annette Funicello doesn’t have much of a role. She shows up every now and then to remind Fabian (yes, Fabian, not Frankie) that she’s ready to settle down when he is. To further distinguish itself from the beach series there’s lots of boozing and fist-fights.

watch it on Hulu